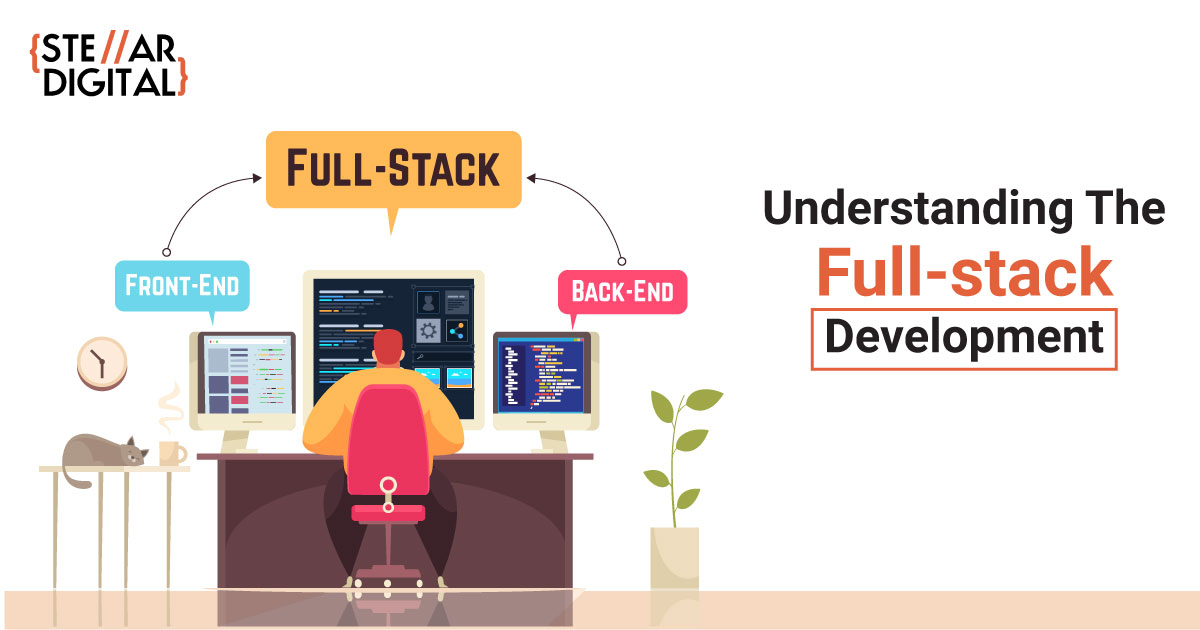 If you’ve been considering a career in coding, you’ve certainly heard the term “full-stack developer” thrown around by in-the-know co-workers or on tech forums.

But what exactly is a full stack developer and what does he or she do?

To put it another way, full-stack developers are the development world’s Swiss army knives. These smart individuals can smoothly switch from one development environment to the next since they are masters of numerous programming languages.

Full-stack developers are driven by an immense curiosity; it’s not enough to know that something works; they need to know how and why each feature works.

Do you recognize yourself in this scenario?

Who are Full Stack Developers?

Let’s look at the phrases “front end” and “back end” in more detail.

Front-end developers designed everything on a web page, including the logo, search bar, buttons, overall layout, and how the user interacts with the page. The design and feel of the website are the responsibility of front-end developers.

It is the part of the application that the user did not view. Back-end developers are responsible for the site’s logic, the creation of servers, and the operation of databases and APIs (Application programming interfaces).

For example, the client-side would provide the content and layout for a form, whereas the server-side would process the data submitted by users (back end)

Skills you require as a full-stack web developer

HTML (Hypertext Markup Language) is a front-end technology language. Developers use it to control the formatting and appearance of text and graphics on a website. It organizes the web page’s structure into a hierarchy of headings, paragraphs, bodies, pop-ups, and other elements.

CSS (cascading sheet style) is a style language for styling and modifying HTML elements. If you want to change the colour of your headings and paragraphs, use the effective personalization tool or CSS.

In order to work well with the client-side of the application, a full-stack developer should be familiar with these two fundamental customizable front-end technologies. These languages will aid in improving the web application’s interaction and graphics for users.

JavaScript must be mentioned whenever full-stack developer skills are discussed. Developers utilise it as one of the dynamic languages for interactive and enhanced front-end development. It could, however, be utilised for both client-side and server-side programming due to its dynamic nature.

With its perfect integration with HTML and CSS, as well as its adaptability to a wide range of browsers, JavaScript makes developers’ jobs much easier and more efficient.

Aside from that, several front-end frameworks such as Angular, React, React Native, and Vue is available.

A full-stack developer must be comfortable working with databases. A database in a web application is a place where your project’s data is stored and organised.

There are many different sorts of databases to learn about, but here are a few common ones.

Java, Python, Node, and PHP are some of the languages you can use for back-end development. It is not required to learn all of these languages at once; instead, start with one.

For both front-end and back-end development, there are a variety of tech stacks. Here are a few of the most well-known.

There are more backend languages to select from but I would suggest researching the languages used most in your area.

There will be bugs in your code that need to be fixed as you develop your application. Debugging is the process of discovering and correcting problems (‘bugs’).

Another key skill to master is testing. Writing a test for your code is a good approach to make sure it’s doing what it’s meant to be doing.

Instead of painstakingly rewriting everything if you make a lot of mistakes in your code, you may utilise Git to go back to a previous version.

Git also enables you to collaborate with others on a team and make changes to the same code base from many locations.

It would be better if you learned git and used services like Github to host your personal projects.

Knowing how to tackle a problem is the most critical ability for any developer. Companies and clients are looking for solutions, and you can help them.

In modern online applications, it is critical to learn how to approach a problem, break it down into smaller manageable components, and fix the issue.

You will comprehend What is full-stack web development and why its demand is increasing by looking over the mentioned above.

Now, if you have any further inquiries or concerns, contact Stellar Digital, a competent web development company. Our experts are always willing to assist you and offer the best solutions. 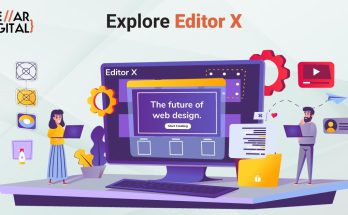 Why Should Web Developers Consider Editor X As A Viable Option? 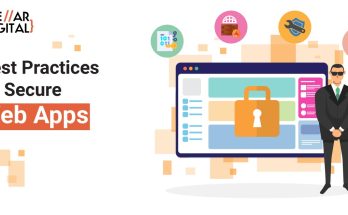