Confused about the distinctions between web 2.0 and web 3.0?

If you’ve been paying attention to the blockchain world, you’ve probably come across the words web 2.0 and web 3.0. You may be asking what these phrases mean and how they relate to blockchain technology. The internet, as we know it, has gone through various stages before arriving at the point it is now. Web 2.0 and Web 3.0 are internet service generations with substantial differences in how users interact with the internet. As a result, people are eager to learn the distinctions between web 2.0 and web 3.0 in order to understand why they require Web 3.0.

This entire article will help you learn more about the differences between web 2.0 and web 3.0. but before getting straight-up to it, here’s a brief description of its history so that you receive some context out of it.

The History of the Web so Far

Since its inception, the internet has gone through several stages of development. We had Web 1.0 in the initial phase, which contained static web pages that delivered content from the server’s file system. Web 1.0 essentially enabled internet users to access data from practically any location on the planet. However, Web 1.0 did not have any features for interacting with the material. As a result, web 2.0 began to gain popularity, and the following uncovering of flaws in web 2.0 resulted in the development of web 3.0.

Having understood the brief evolution, let us now understand web 2.0 and 3.0 individually

The second wave of interoperable Internet services is known as Web 2.0. Previously, the user could only receive material; today, he may autonomously create it and share it with other site users (user-generated content). This formed the foundation for the commercialization of the Internet: whole sectors of activity were digitized en masse, or they risked disappearing. Retail, banking, advertising, media and entertainment, to name a few.

It also served as the foundation for social networks to function as virtual communication platforms. This may involve any activity, from written blogs to audio podcasts, from RSS to ordinary tags that allow you to access information more quickly depending on your preferences. Apple, Amazon, Google, etc. are prime examples of Web 2.0.

Features of web 2.0: It is also necessary to grasp the distinguishing elements of web 2.0 in order to get an accurate image of web 2.0 versus web 3.0. Here are some prominent characteristics associated with web 2.0

Web 3.0 refers to the third generation of Internet services, which focuses on decentralizing processes and removing any intermediary attempting to control everyone and everything. Furthermore, Web 3.0 addresses the trust concerns that existed with Web 2.0 by utilizing encryption and distributed ledger technology. However, decentralized Web 3.0 is about more than just security; it is also about more effective engagement thanks to artificial intelligence.

This latest move has been dubbed the “Web 2.0 killer,” but this is definitely an overstatement. However, it cannot be disputed that the introduction of new technology would cause many existing procedures to shift.

Features of web 3.0: By concentrating on the elements of Web 3.0, you may develop a stronger basis for comprehending “What is the difference between Web 2.0 and Web 3.0?” Here are some key points regarding Web 3.0 that can help you distinguish it from Web 2.0

Now let’s take a look at a few other aspects that distinguish web 2.0 and web 3.0

Elaborating on each point respectively, we have

Web 2.0 centered on allowing people to engage with internet content. Web 3.0, on the other hand, encourages immersion in online content by becoming an active contributor. While web 2.0 was designed to link people, web 3.0 is designed to connect knowledge. On a larger level, the emphasis of web 2.0 was mostly on tagging and end-user experiences. Web 3.0 shifted its emphasis to user empowerment by promoting more trust, security, and privacy. As a result, you can plainly see that the emphasis area is a significant factor in web 2.0 vs. web 3.0 comparisons. Web 2.0 is primarily concerned with community growth, whereas Web 3.0 is concerned with individual empowerment.

The condition of data is also an important component in defining the distinctions between web 2.0 and web 3.0. In the context of web 2.0, the data is owned by the network. However, web 3.0 indicates an entity’s ownership of data as well as freedom in exchanging data across the network.

Web 2.0 facilitates improved engagement while also presenting a diverse set of web apps. It also makes use of interactive advertising. Web 3.0, on the other hand, is focused on behavioral marketing and provides smart, web-based features and apps. In reality, web 3.0 is a wonderful depiction of the marriage of online technology and knowledge representation.

The clear assessment of highlights in the web 2.0 vs web 3.0 comparison demonstrates how it offers more benefits than web 2.0. It demonstrates a promising architecture necessary for human-machine interaction. Most importantly, web 3.0 provides improved security, trust, and privacy. Many people regard web 3.0 as the decentralized web, which will rely heavily on decentralized protocols. Online 2.0, on the other hand, is still the common base for many web apps that we use today. Could web 3.0 transform the popular programs you use today? Learn about web 3.0 and discover for yourself. 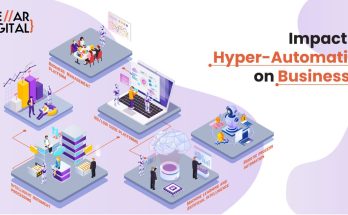 View all posts by Amit →