In his 1976 book The Selfish Gene, Richard Dawkins used the term “meme” to describe how ideas form and spread across cultures. When the internet became widely available in various parts of the world, the interchange of cultural artifacts became considerably faster and more efficient.

It’s very challenging to pinpoint the exact date at which modern memes were created. We only know that they began to increase in the late 2000s. Meme culture will continue to grow in the coming years with the emergence of social media platforms like Facebook, Tumblr, Twitter, and Instagram.

Nowadays, you can discover memes on nearly any subject.

But never assume that memes are solely used to mock human behavior in order to gain more viewers. They can also be used by brands as effective marketing tools to increase interaction on their digital channels.

So, this article will enlighten you on what meme marketing is and how businesses can use it.

What is Meme Marketing?

Let’s say you encounter an advertisement, which could be a text, image, video, or even a GIF. However, this advertisement doesn’t seem like conventional advertising from any aspect. Your social network feed feels natural and it fits perfectly.

The actual goal of meme marketing or meme advertisements is to achieve that. A brand message is promoted using memes.

Building media that is the ideal blend of advertising content in the form of a message is what meme marketing includes.

How can you Leverage a Winning Meme Marketing Strategy?

The timing of the meme was akin to a good punchline. Take advantage of any current or popular trends. That’s why you should always keep an eye on Facebook, Instagram, Twitter, Reddit, and other social media platforms.

Your chances of going viral are increased four times if you create a humorous meme around a trend or issue that is now the center of intense conversation.

The meme you choose must depict a widely known joke or a relevant circumstance that will astound your audience. In the unlikely event that your target audience finds it difficult to relate to the situation, they won’t interact with or respond to your meme.

Memes shouldn’t be challenging to understand or leave your audience wondering what point you are attempting to make. They have to be simple to comprehend and aim for a positive response from your users.

Always keep an eye out for online perceptions that are being shared about your organization or brand. You will be able to understand which meme content is most suitable for your customers in this manner. It is a crucial feature that could aid you in developing a successful marketing strategy. Additionally, knowing your target audience’s tastes and preferences will help you choose better memes for digital media.

It is known for creating high-quality content from its own library. Every week, they often upload two to three memes that are well-liked by their audience while also promoting the shows that viewers might want to watch as soon as possible.

Netflix is one of the greatest organizations with skills in this area when it comes to making humorous memes that capture the essence of their content.

When dominoes post memes to social networks, they typically combine precise timing with eye-catching graphics to increase the meme’s impact.

We hope with this article you have gotten an idea of what meme marketing really is?

Meme marketing is an extended aspect of the social media marketing that comes under the umbrella of Digital marketing.

So, if you want to indulge in meme marketing for your business then hiring the right partner is essential for you and one is just in front of you, Stellar Digital the best digital marketing agency in Delhi NCR and Gurgaon offers full-scale social media marketing and digital marketing services. Get connected to us by shooting us at contact@stellardigital.in 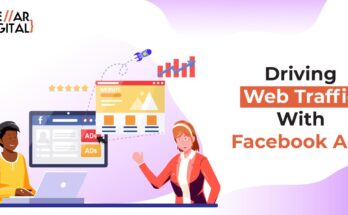 What Exactly Does An SEO Agency Do?

Top 5 Reasons Why You Should Learn Python